Fantastic lesson plans and experiential learning opportunities come from an extraordinary walk across the world.  Article written by my friend Homa Tavangar (on Edutopia’s Blog) who is the educational advisor for the initiative.  “You are invited to accompany the Out of Eden Walk, as two-time Pulitzer Prize winner and National Geographic Fellow Paul Salopek takes a seven-year, 21,000-mile trek across the planet. The journey is showcased as National Geographic magazine’s cover story by Salopek and is the first cover story available free for nonsubscribers. His epic walk began in January 2013 in East Africa’s Rift Valley, the region that paleoanthropologists consider to be the human race’s “Eden.” He will head north into the Levant; across the steppes of Central Asia to China; by sea from Siberia to Alaska; and then down the length of the Americas to the continental “Land’s End” of our species in Patagonia.” The route looks like this:

via The Out of Eden Walk: An Experiential Learning Journey from the Virtual to the Real | Edutopia.

From Keith Hampson – It’s widely thought that the rise of design during the past couple of decades owes much to the rapid pace of change that characterizes modern life. Design facilitates change for those seeking to stimulate change.  And for end users, design serves as a means of making changes less jarring and uncomfortable.

In fact, there’s powerful evidence that digital tools are helping young people write and think far better than in the past.  How digital culture affects the way we think, learn, and live – from the Globe and Mail.

via The dumbest generation? No, Twitter is making kids smarter – The Globe and Mail. 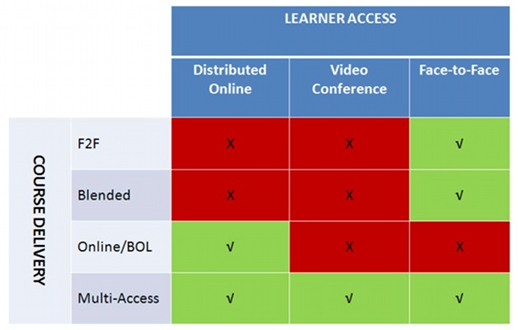 Twenty-first-century learners have expectations that are not met within the current model of higher education. With the introduction of online learning, the anytime/anywhere mantra taken up by many postsecondary institutions was a first step to meeting learner needs for flexibility; however, the choice and determination of delivery mode still resides with the institution and course instructors.

via JOLT – Journal of Online Learning and Teaching. 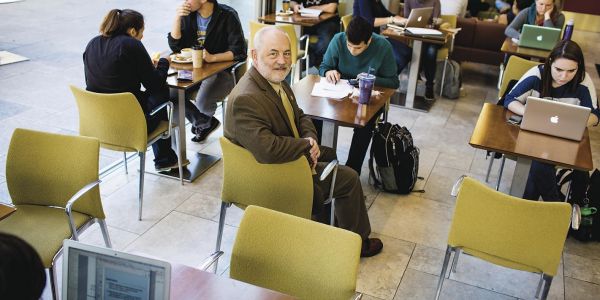 In a survey conducted this year by the education-technology organization Educause, 76 percent of undergraduates reported owning a smartphone, an increase of 14 percentage points compared with the previous year. Fifty-eight percent said they owned at least three Internet-capable devices. Faculty and staff members are, like Mr. Maas, toting their own share of hardware.

\”What has really happened over the last couple of years is the proliferation of a given student or a given staff member coming to campus not just with one device but with multiple,\” says Brian D. Voss, chief information officer at the University of Maryland at College Park. \”You will see now a student with a laptop and a smartphone, or a tablet and a smartphone, or sometimes all three.\”

Ever since I had the chance at a University Lab to “fix an engine” (not really, but I was able to try on the glasses and see how a virtual overlay could easily show me how to do many things) I’ve been excited about the potential of augmented reality.   A few years later, we are getting past the initial experiments (remember Google Goggles?  not Glass!) and the possibilities are really exciting.  “Augmented reality allows us to put objects in the hands of our students  that would have previously been impossible.”  Explanation and a good article at Getting Smart.

I would say the above is the most fundamental (and necessary) advice anyone could give to an online instructor.

To read an article that expands on each topic, check it out at Edudemic.

Not possible in a MOOC.  Because a MOOC is not true online learning.

The jury is still out on Google Glass – but this article has 4 videos showing applications in education.  Here on Edudemic.